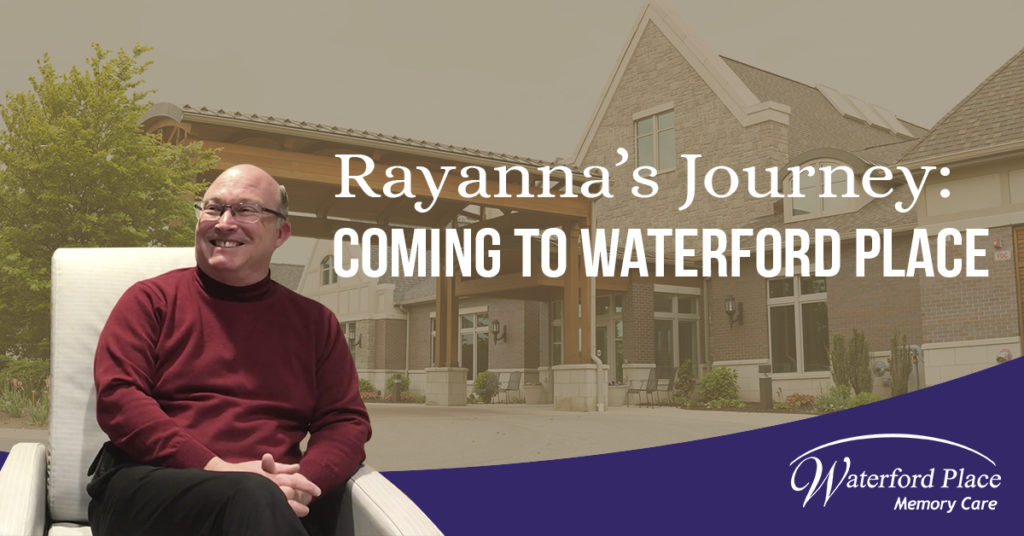 After Rayanna’s husband’s passing in 1998, she considered the options of moving near family members in Livonia, MI or Grand Rapids, MI. She had been married to her husband, Harry, for almost 49 years and had spent the last 22 years in Traverse City. Harry had been in the care of Hospice for over two years, and even prior to that, Rayanna had always been an extremely strong and independent woman. Well into her 70s she was effectively taking care of the whole household in Traverse City by herself which included tending a large vegetable garden, mowing the grass on an acre’s worth of land, cleaning out gutters and arranging for general maintenance on the house. With Harry’s passing, the house was too big for one person and too far out of the way to have people visit on a regular basis. She was reluctant to leave her volunteer work at the Carmelite Monastery, but she realized that in the right environment she would be able to continue volunteer work if she were in a locale that supported her conservative upbringing and views.

She moved to the City of Wyoming in 2000 and took up volunteer work in Religious Education at St. John Vianney Parish. A few years later she made a big, forward-thinking decision—to sell her house and move into Waterford Place. This was a risky decision and one that came as a complete surprise to the rest of her family. It was risky because Waterford Place did not yet exist! The land had been purchased, there had been informational meetings, and building plans had been released, but not a single shovel of dirt had been overturned, nor had a single stone been laid. Rayanna often related the story of the first time she went to visit the site, and she had to stop at the local fire station to find out where exactly the site was!

In 2009 Rayanna moved into the Independent Living wing of the newly completed Waterford Place. As of yet, the Rehabilitation and Assisted Living wings had not been completed. As one of the original Charter Members, Rayanna took on a new role as Ambassador and was quite active in promoting the benefits of Waterford Place. One of her most popular and repeated lines to prospective residents was that moving to Waterford provided ‘peace of mind.’ This was how she explained it to her children, “If something happens to me, you won’t have to worry about it because Waterford Place will be able to take care of me right up until the end!”. Although she didn’t realize it at the time, her words were quite prophetic.