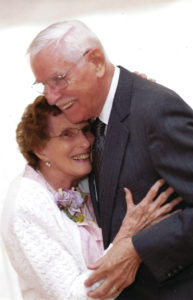 As Marv and Joy (Carrick) Poelman can attest, sometimes God places special people in our lives just when we need them. Although their upbringings were different, they noticed qualities in one another that drew them together, and their steadfast love has spanned almost seven decades.

Joy’s mother died of cancer the day before Christmas in 1935 when she was six years old. Her father was 63 when she was born, so her sister Adda raised her. Joy experienced chronic infections and was hospitalized at the age of 12 with a strep infection that had settled in her glands.

Joy recalls, “The nurses were so kind, but it was the nursing supervisor who made a big impression.” She advocated for Joy and showed compassion; from that day forward, Joy knew she would become a nurse.

As a teenager, Joy attended different churches with neighbors. At one, she gave her heart to the Lord. She says, “Making that personal decision allowed me to accept my circumstances, and He has made such a difference in my life.” 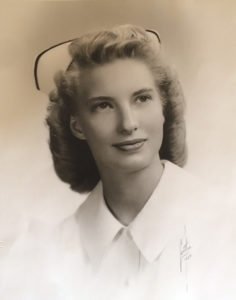 Upon high school graduation, Joy attended the Butterworth School of Nursing. One of her patients was Mabel Seekman, who, after she was discharged, became influential to Joy. Because Joy had provided compassion and excellent care as a nurse, she became nurtured herself.

Marv was one of eight children (seven boys and one girl) born to Jacob Poelman, a Dutch immigrant, and his wife Elsie. “I was raised in a loving home,” he says. “Everything revolved around God and what He could do.”

Marv’s father was a painter, but during the depression the whole family worked in the potato fields of Rockford and Eastmanville. Marv manned the tractor when he was 11. When the United States entered World War II, Marv couldn’t wait to get involved. Because so many men were serving, the railroad was hiring young men to construct passenger lines. Marv was hired at the age of 15. The young crew worked like seasoned railroad men, carrying steel rails, driving spikes, and operating electric tampers.

Marv joined the Merchant Marines when he turned 16. During basic training  in New York, he had a chance encounter with his older brother, Jay, at the United Service Organization canteen in Times Square.

“Jay had just come back from Africa,” says Marv. “After his ship anchored, he came to the canteen and saw me. He didn’t know I’d joined the Merchant Marines too.”

In October 1944, Marv was assigned to a Liberty ship that was loaded with military equipment to be delivered overseas, and their escorted convoy made it through a treacherous hurricane and zigzagged to avoid enemy subs. They picked up 500 men in Algeria and brought them to France as reinforcements for the Battle of the Bulge. On another voyage, one of the ship’s officers died at the age of 28, and Marv served as a pallbearer when he was buried at sea.

After the war, Marv often visited his friend, Vic Seekman, a fellow Merchant Mariner and the son of Mabel, who had taken Joy under her wing. Vic played matchmaker, and Marv and Joy went to church with Vic and his wife on their first date. Joy recalls being impressed by Marv’s singing voice.

She says, “I wanted a husband who was gentle, and I saw Marv’s kindness.”

“Joy’s background had been challenging, so unlike mine,” says Marv. “Yet she was a wise girl, and I didn’t want to let her go.”

Marv and Joy spent a lot of time with Marv’s family. Joy says, “We played games, and there was lots of laughter. I always wanted a brother, and now I had six! Marv’s mother was so kind and giving, and I loved her.” 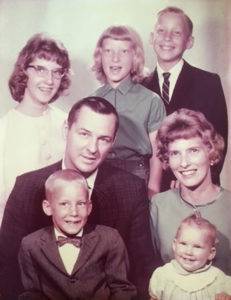 The Poelmans were married on August 19, 1950 and had six children: Kathy, Jimmy, Steve, Lynda, Mark, and Laura. They were devastated when Jimmy died at the age of two. Joy began writing poetry, which proved to be therapeutic.

Two of the children needed castings on their feet, which were misshapen at birth, and one daughter required additional medical care. A son had corrective bone surgery, and during his hospital stay Joy met a mother whose baby, Jimmy, was dying of leukemia. Joy gave the mother a spiral notebook of poems she had written when she had lost her own Jimmy.

“I told her to keep it,” says Joy. “For me, to read it over and over was not good, and I hope it helped her to know someone understood.”

Joy had recurring strep infections, probably linked to her many childhood illnesses. When she was ordered to stay off her feet and stay in bed as much as possible, the children pitched in with household chores.

Joy says, “During this time, the Lord began giving me spontaneous poems and songs. I prayed that God would provide a solution.” The next morning Marv had a high fever, and Joy took him to their family doctor. After the doctor treated Marv, he turned to leave.

“He had his hand on the doorknob,” says Joy, “and it was like the Lord said, ‘I’m answering your prayer.’ ” Joy asked his advice, which resulted in several surgeries that improved her life. 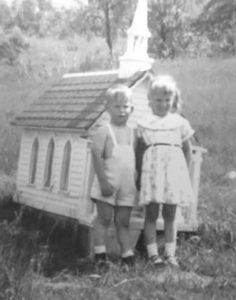 Marv worked hard to support the family. He was with Westinghouse-Knoll Group for 24 years, making mock-ups from blueprints of engineers’ designs. Westinghouse also sent him to Ireland to set up an electrical unit in a plant.

The Poelmans treasured family time and grew to love camping. Leaky tents, poison ivy, and uncooperative stoves did not dampen their spirits — it was enjoyable just to be together. Marv and Joy both travelled on mission trips when the children were grown.

Marv says, “We’ve had many challenging times, but we’ve always been there for each other. We learned to lean on Jesus and trust in God.”

The Poelmans’ extended family now stands at 44, and God has enriched their lives by including family members from so many countries: Nalini from India, Naoko from Japan, and Tyson, born in Korea. “We can’t wait to see what nationality will join us next,” says Joy. 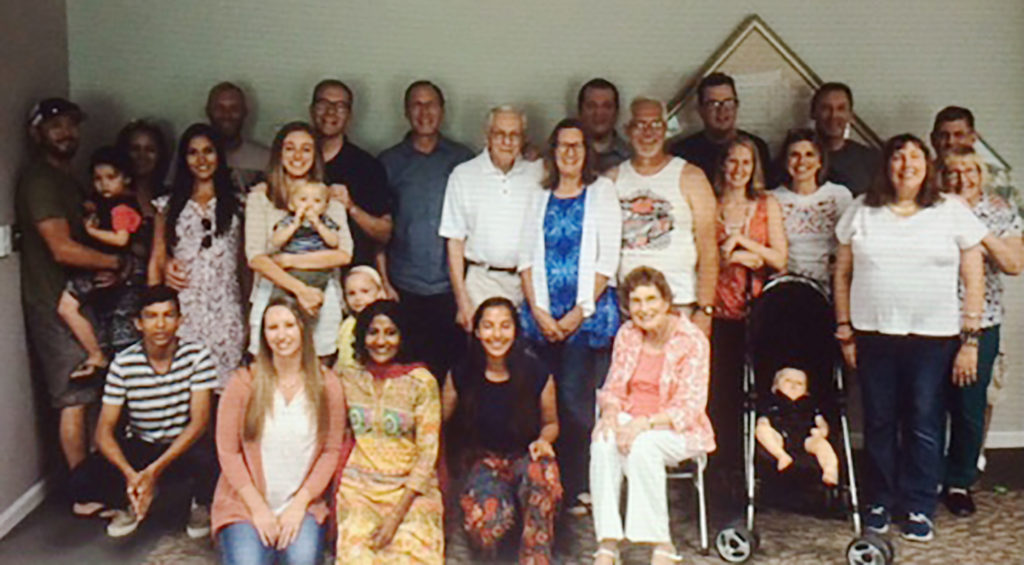 Throughout her life, Joy has chosen to learn from others and strengthen family bonds. Marv’s background taught him to love deeply with a gentle spirit, and to work hard to overcome challenges. God has always been at the center, binding their marriage and family together in all circumstances.