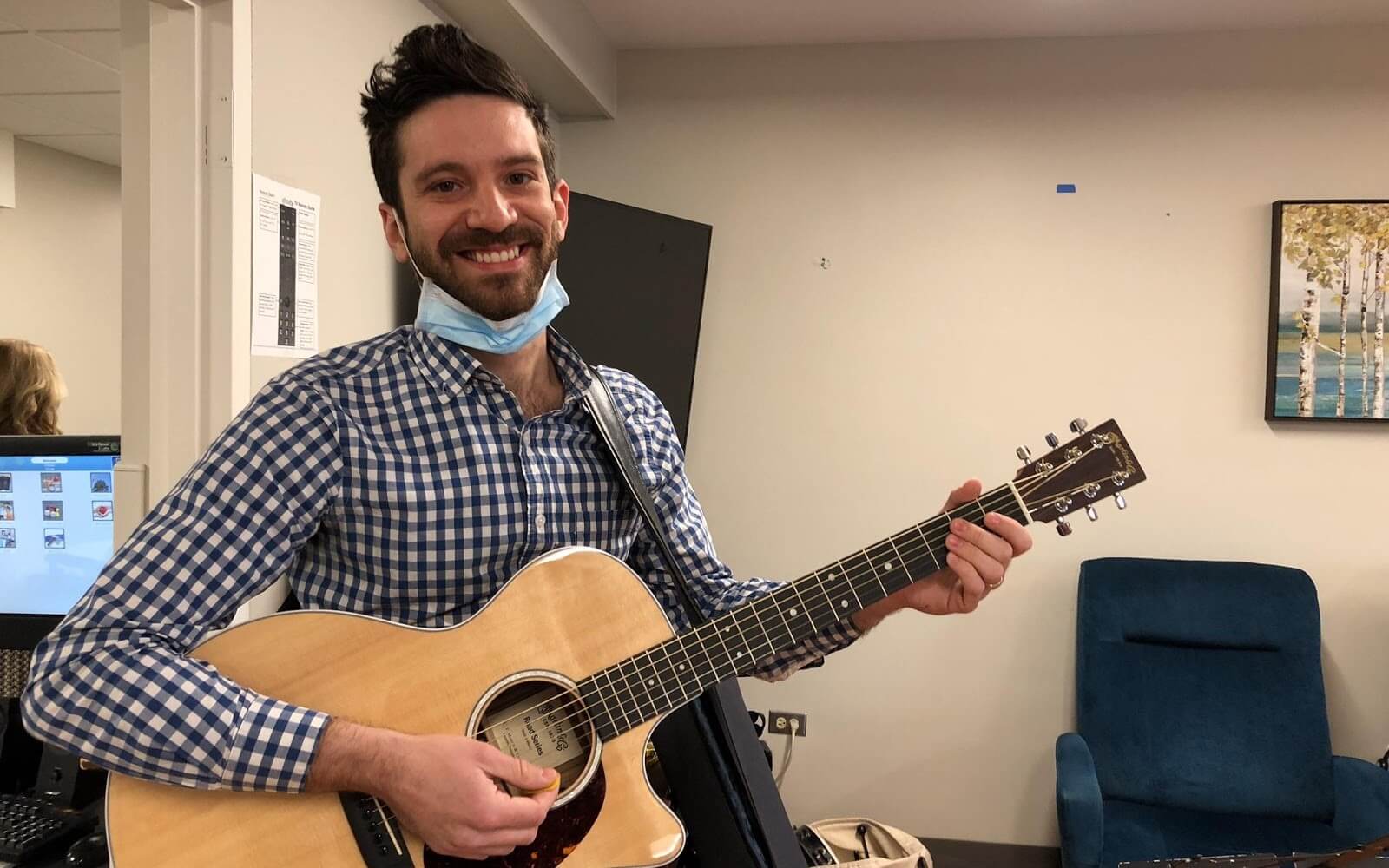 Sunset Senior Communities partners with the Franciscan Life Process Center to help bring joy to our residents who are experiencing loneliness, memory loss, and other cognitive decline issues. Recently the Legacy Foundation team had the opportunity to sit down with Eric Bush. Eric received his degree in music therapy from Western Michigan University and serves as a music therapist for the Franciscan Life Process Center.

The Power of Music

In addition to singing songs with the residents, Eric stimulates their minds by providing instruments for use and asks trivia questions about older music they may recall from their younger years. We asked Eric about this unique ministry and he had this to share:

“Music has the power to coordinate areas of the brain that may be left untouched through the natural degeneration of the brain. Sharing those familiar songs from the residents’ early adulthood opens the floodgates of their memory and helps them return even if only momentarily to something like it was perhaps 20-30 years ago. It is very special to see music bring out a side of this population that normally is locked in.”

During a music session in the Reflections Unit at Sunset Manor and Villages, some of the residents’ favorite songs included Bing Crosby’s “Accentuate the Positive”, Roger Miller’s “King of the Road”, Patsy Cline’s “Walkin’ After Midnight”, and “You Are My Sunshine”. As Eric wrapped up his session, he and residents sang “Que Sera Sera”: “Whatever will be, will be. The future’s not ours to see.” After the song ended a resident participant added, “It’s not ours to see – it’s Gods. And He has a plan and purpose to it all.”

How to Support Life Enrichment

Each community of Sunset Retirement Communities maintains a Life Enrichment Fund. These funds help to support enrichment activities like music therapy, exercise classes, special trips, and more. If you are interested in making a financial donation to improve life enrichment go to www.sunsetcommunities.org/donate or call 616.214.4505 to find out more.