Five Differences Between Dementia and Alzheimer’s 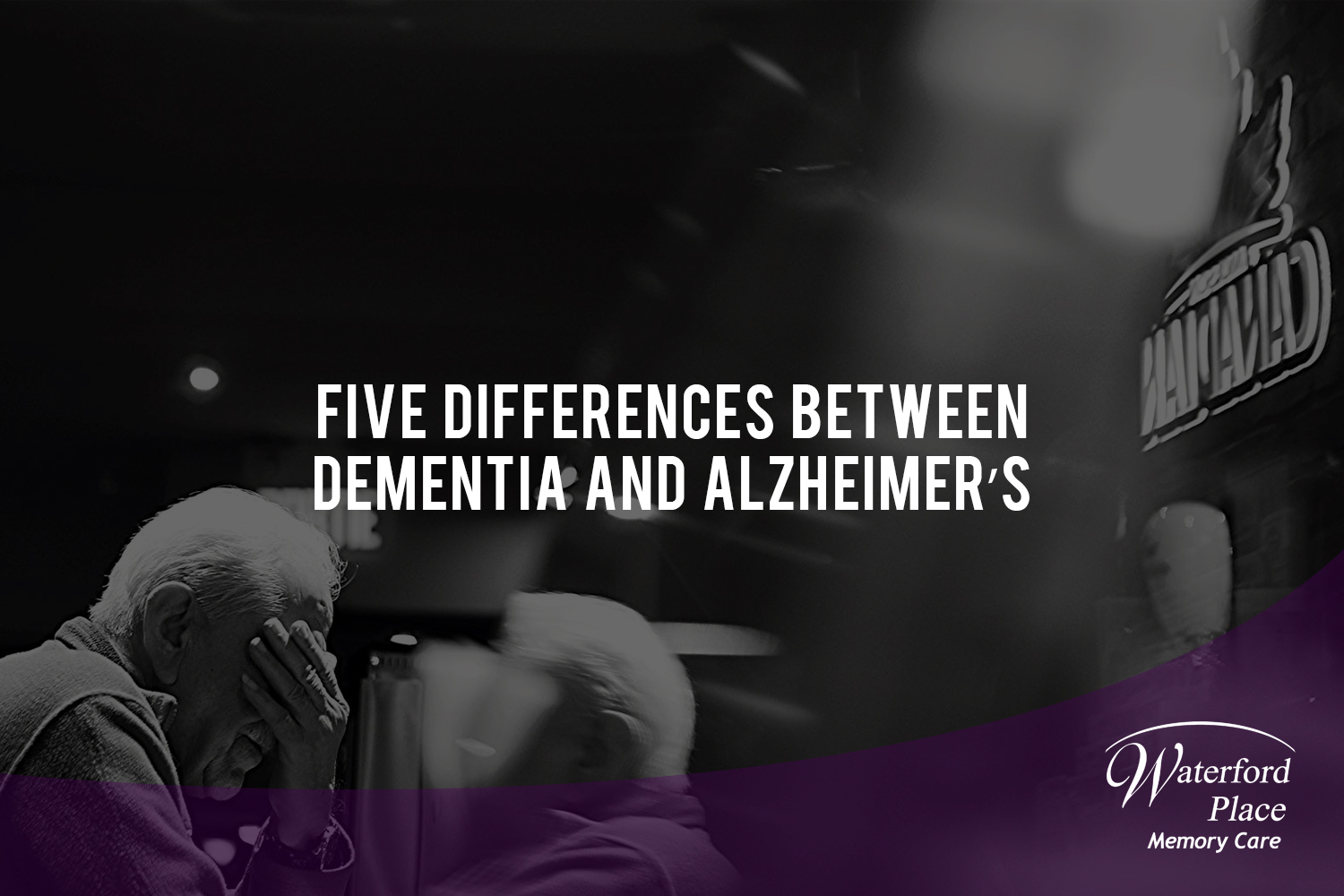 Often used interchangeably, dementia and Alzheimer’s are two different diagnoses and require different treatment. Dementia is an umbrella term that describes a group of symptoms associated with a decline in memory or other thinking skills severe enough to reduce a person’s ability to perform everyday activities. Alzheimer’s is a specific disease and is one of many forms of dementia. Alzheimer’s is the most common form of dementia. To better understand dementia and Alzheimer’s, it is important to understand the differences:

If you or someone you love is beginning to show symptoms of memory loss or dementia, it is always best to talk with your primary care physician, as there are many things you can do to slow the disease process.