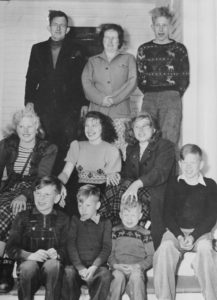 Dirk and Elisabeth Gootjes and their family lived in Heerhugowaard, The Netherlands during World War II. Every night they drew the blackout curtains; then they waited. If they heard a certain pattern of taps on a window, they opened the door for Dutch Resistance workers. They listened to updates about the war from England on their contraband radio, and they typed the information in the next edition of Trouw, the illegal underground newspaper. Twelve-year-old Winnie Gootjes would deliver the papers the next day.

Dirk and Elisabeth, both deeply involved in the Dutch Resistance, picked up Jews and onderduikers (Dutch men who were in hiding to avoid serving in the German army and military factories) from the train station, took them into their home, and found hiding places. One onderduiker stayed with the family throughout the war. A Jewish young woman lived with them for two years, but when it became too dangerous she was moved.

“A Jewish girl named Jop Querido lived with my uncle and aunt for years,” says Winnie. “Her falsified identity papers said her name was Lies de Graaf. She went to school with us, but she didn’t go everywhere with the family because there was always a risk that the Germans would check her papers.”

The Gootjes’ home was aptly namedDe Woelige Stal, meaning “The Restless Stable.” Many homes in Heerhugowaard displayed a plaque on which the words of Isaiah 13:3b were inscribed: “‘Hide the fugitives, do not betray the refugees.” Villagers took these words to heart and risked their lives to hide innocent people.

Dutch Resistance workers and onderduikers had built a printing press in the lower level of a barn to publish Trouw. They crawled in through a small door at the bottom of a cow’s stall. When a traitor revealed the whereabouts of the press to the Germans, Resistance workers took it apart and moved it inside a mausoleum. 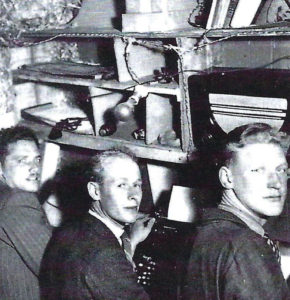 Every afternoon after school, Winnie and her younger sister Amy placed Trouw newspapers inside a compartment of a baby buggy. Their baby brother sat on top of the compartment, and they wheeled the buggy inside homes so German soldiers would not witness the transactions.

Members of the knokploeg (meaning “knuckle gang”) raided post offices to steal ration cards and broke into prisons to free Jews and Dutch citizens. They raided governmental offices for forgery equipment and Jews’ records. Most members were young men, but women played crucial courier roles because German soldiers did not suspect them. When the Germans found suspicious papers in the possession of Dirk Gootjes’cousin, Cor Wagenaar, he was imprisoned and died in a concentration camp.

“My father did much of the Resistance work at night after the curfew,” says Winnie, “and often he did not come home. The less we knew, the safer it was for our family. Resistance workers did what they had to do; it was a matter of life and death.”

The village baker hid many people in his home, including the head of the Dutch Resistance; when the Gestapo came to his home, he claimed the man had a highly contagious disease and the Germans left without incident. On another occasion, villagers heard that the Germans would be conducting a raid. Elisabeth instructed Winnie and Amy to hide their father’s illegal papers. Meanwhile, she rode her bike to the druggist, who had a telephone. When the Germans detained her, she showed them an empty medicine bottle and insisted she had a sick child at home. They let her go, and she went on to make phone calls to warn the rest of the village.

Bombs fell on the village, and the train that Winnie rode to school was shot at. Water and electricity were scarce, and food rations were restrictive. Since Heerhugowaard had some farmland, the villagers were better off than city dwellers. In the winter of 1944-45, people came from all over to beg for food, many collapsing in the streets.

Winnie says, “When liberation came on May 5, 1945, those in hiding came outside and celebrated with the villagers. Dutch flags were raised, and people sang and danced in the streets. I learned that freedom is the most precious gift.” 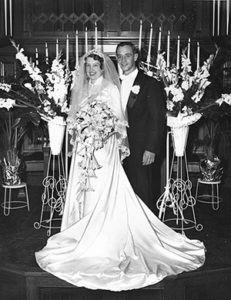 After the war, opportunities were limited in The Netherlands, and the Gootjes family immigrated to the United States in 1949. Eventually they started their own landscaping business in the Grand Rapids area.

“We were so scared during the war,” says Winnie. “We couldn’t say anything, and we carried that with us for the longest time. We wanted to forget those times, not relive it, so we did not talk about it.”

Nineteen-year-old Winnie worked at Hekman Biscuit Company, where she met Gerrit Prins, also a Dutch immigrant. Gerrit served in the Korean War from 1950-1952. The couple married on April 30, 1953 and had seven children: Hank, Elma, Der, Marv, Carla, Barb and Steve. In August 1959, they purchased a farm in Eastmanville.

“We had made a big decision,” says Winnie, “and I prayed a lot for God’s guidance and for strength. With hard work, determination, and our Lord’s help, we slowly got ahead.” Along with running the household and raising the children, Winnie worked alongside Gerrit and learned how to care for cows, chickens and pigs.

She says, “Often I would recite Psalm 23 and the words to the song “All the Way My Savior Leads Me” as a reminder that God would always provide.”

Gerrit died in 1990, and Winnie moved to Sunset in 2015. She says, “Sunset has been a gift from God, and I have had so many blessings. Looking back to even the difficult times in my life, I realize that we need those times, too, for learning to trust God and to allow Him to lead us the way he wants us to go.” 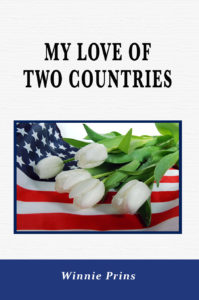 In Winnie’s book, My Love of Two Countries, she tells the stories of her life with candor and sincerity. Her deep faith and her love of family is evident. Winnie has 33 grandchildren and 18 great-grandchildren.

“The reason we live on this earth,” she says, “is to glorify and honor God. What a blessing that we all have the freedom to choose what we will do in this country. I am thankful for the opportunities my family has, and it makes me think that our family did the right thing by immigrating to America.”

My Love of Two Countriesis available on Amazon.