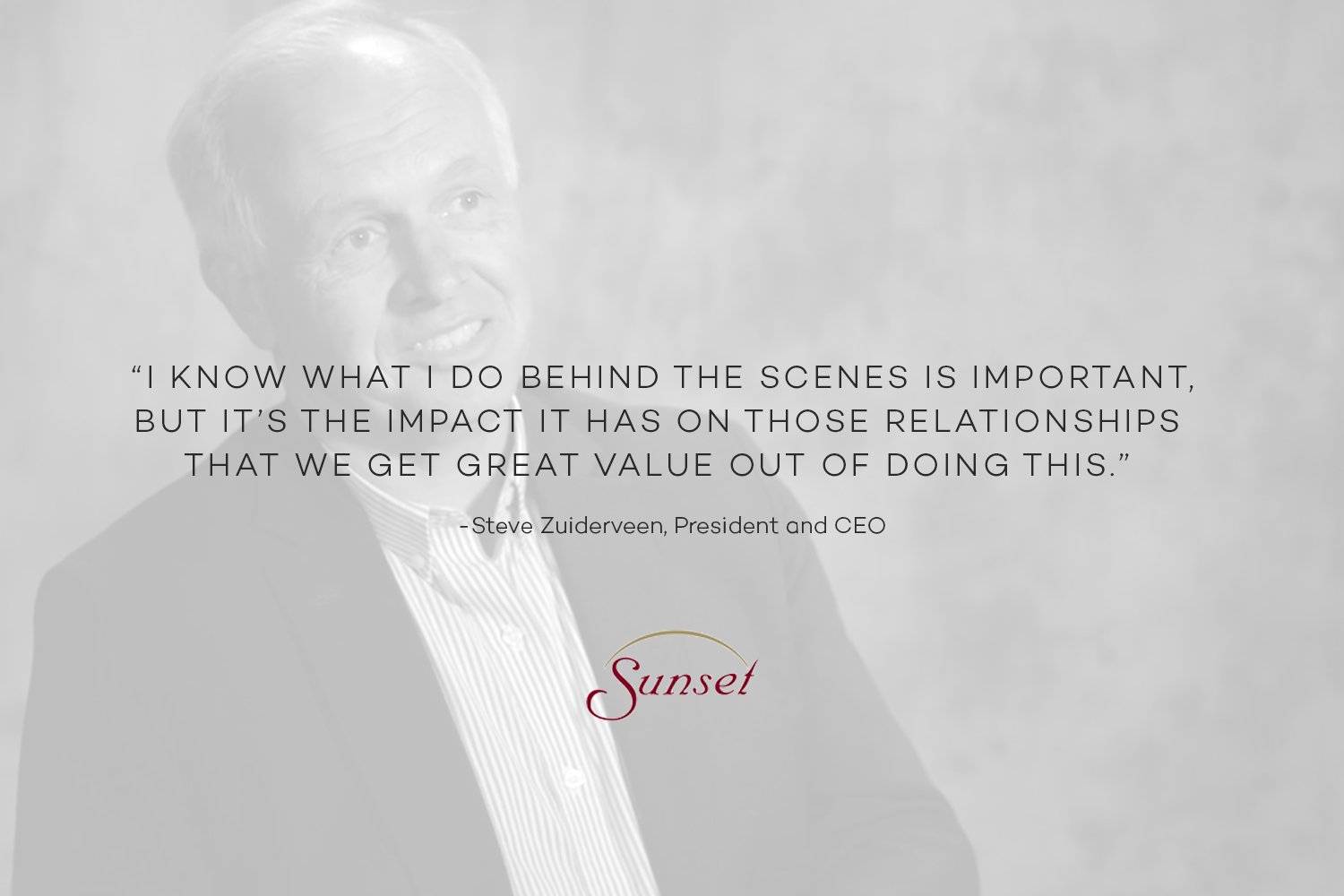 When a resident named Marie showed up at the office of Steve Zuiderveen, the President and CEO of Sunset Retirement Communities, he did not know that he was about to establish a genuine connection.

After several minutes of conversation, Marie left only to return not even five minutes later to have the exact conversation they just had.

“I’m thinking déjà vu I think I had this conversation already!” said Steve.

After talking again, Marie left, only to return yet again after another five minutes. Knowing she was searching for something, Steve used the knowledge he had gotten from their previous conversations to answer Marie’s questions differently this time and give her what she was looking for—a connection to something familiar.

“I got to know Marie a lot and what struck me is her desire for connection,” said Steve. “She was someone with Alzheimer’s that had just moved into the facility, and she was searching for a connection, and I was able to provide that to her.”